The following are the basics of Linux hosting to grasp when starting to use it.

What is a Linux web hosting?

Linux web hosting is a service that hosts many websites on a Linux server with an Internet connection. Each website has its own partition and often uses shared hosting software, such as Cpanel, Direct Admin, and Vestacp. The back-end applications on Linux hosts provide the website with the best stability, flexibility, and security for WordPress with a low fee. For these reasons, Linux hosting has become the preferred choice in the majority of the Web hosting industry.

What is the Linux system?

Linux is a popular operating system, developed based on the Unix. Linux uses popular open sources like MySQL, PHP, XML, and Python. Up to now, Linux is a useful system that effectively supports the development of hardware. Facebook, Twitter, Google, Amazon, Apple, and Wikipedia use the Linux servers.

The Linux operating system will divide processing times differently on the hostings. Therefore, it allows multiple processes to occur independently at the same time. Furthermore, the Linux system has the advantage of being able to optimize memories effectively. When capacity is limited, Linux will use Swap memories. This feature allows users to process programs that require large amounts of memory but at a slower processing speed.

What is Cloud Linux Hosting?

From here, when telling about Linux hosting in the article, it means Linux web hosting and Cloud Linux hosting.

Why should we choose Linux Hosting for websites?

Linux Hosting demonstrates the superiority of security: the websites are guaranteed to operate stable, better uptime, and downtime almost no.

Linux Hosting helps businesses save costs. This point of Linux Hosting is a plus because the price is low. You only pay for host platform such as Cpanel, Cloud Admin) to manage your website running the Linux system, not for Linux source. Also, you can use some free web platform management, such as Webmin, or Vestacp.

Linux Hosting operates stably, making many users like to use it. The database system of Linux runs smoothly, so users do need to worry much about the downtime problem for websites.

Linux Hosting is highly compatible thanks to being built on open source. Its programs give high applicability and flexibility for developers.

What should you keep in mind when buying Linux Hosting?

In general, the procedure for renting Linux hosting is also relatively simple. Just a few steps, then you can get a host to run your WordPress websites. To buy a good cloud hosting service, you should pay attention to the following:

How is Cloud Hosting Linux rental?

Linux hosting companies often have different web host packages for prices ranging from a few to hundreds of dollars per month.

Factors that affect the price of Linux hosting rent include capacity, bandwidth, FTP account number, numbers of domain name running on it, and other services.

The rental rate for running one website ranges from 3 USD to 6 USD per month for the cloud Linux host or Linux hosting, in which its capacity is from about 1GB to 5GB, and bandwidth ranges from 50 to 100GB. This rate is the average price because the costs are quite different from other providers.

Here are some comparations to know about the features Linux and Windows Hostings, which will give you the best choice for running your websites.

What to keep in mind?

For WordPress websites, Linux web hosting is the best choice for running yours. I have hosted my WP sites on the Linux system for many years with great experiences.

Typically, Cloud Linux Hosting seems to be easy to manage and set up WP webs. When choosing a cloud feature, we do not worry about the enlargeable ability if the websites go bigger with more traffic in the future.

Mr. Thom has worked as an SEO specialist and WordPress developer, and he is on the list of the top 15% SEO workers in the world, tested by Linkedin in Nov 2020. 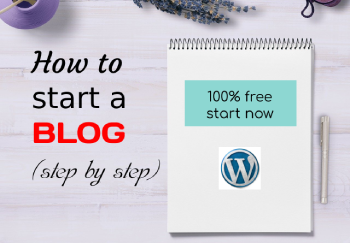